With the Computer Controlled Torsional Vibration Unit, "MEVTC", designed by EDIBON, the user can study the torsion and vibration phenomena to which a steel bar is subjected.

Are you a teacher or do you work as an engineering researcher? EDIBON offers courses for teachers and #research staff. Take a look at the course Basic Mechanics and learn about #forces and vectors. #DiscoverEdibon #Engineering.
03 Jul 2018, 11:25 Lire plus

The Computer Controlled Torsional Vibration Unit, "MEVTC" is designed to study torsion suffered by some shafts with rotation motion, apart from studying the torsional rigidity and the behavior of a torsional vibration system with one, two or three discs of inertia.

The main elements of the "MEVTC" unit are a bar made of steel with a diameter of 6 mm and a series of discs of inertia, which rest on pillars with bearings. The system will behave differently in function of the arrangement and number of inertia masses acting on the unit.

The system is subjected to a vibration generated by the exciter accionado por un motor eléctrico. The excitation angles can vary. The software controls the speed of the excitation of the motor, depending on the experiment to be performed.

They measure the angle rotated by the steel bar in the position of the pillar to which it is associated. Similarly, the oscillatory motion curves that define the system are obtained from these sensors.

On the other hand, The function of that damper is to lessen the vibrations created by the exciter. 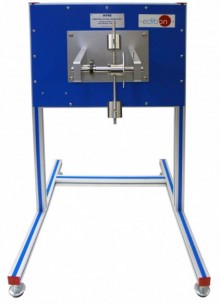 The Vibration of Coil Spring Unit, "MVRE", unit has been designed to study and understand a coil torsion spring, a mass-spring system and the fundamental properties of its characteristic periodic motion. In this sense, the unit consists of a... 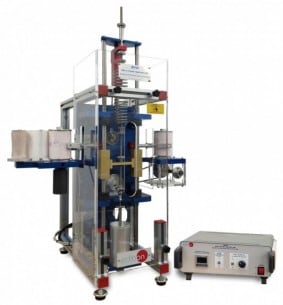 The Free and Forced Vibration Unit, "MVLF", has been developed to cover a range of demonstrations and experiments which provide the user with an understanding of the free and forced vibrations of a simple spring-mass-damper system. Simple...

This Simple Harmonic Motion Unit "MSHU" allows many experiments using several pendulums and devices, such as different types of pendulums (simple, bifilar, trifilar and Kater’s pendulum) and springs. Consists of a panel with a support that allows... 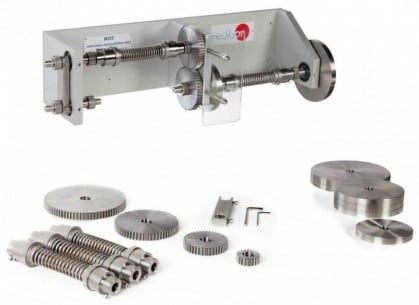 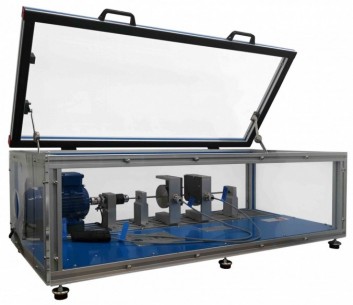 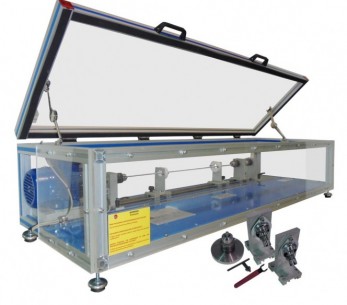