NEW Basic Mechanics course
Are you a teacher or do you work as an engineering researcher? EDIBON offers courses for teachers and #research staff. Take a look at the course Basic Mechanics and learn about #forces and vectors. #DiscoverEdibon #Engineering.
03 Jul 2018, 11:25 Lire plus

The Gyroscope, "MGI", allows the experimental demonstration of the different rotation modes of a gyroscope and the moments generated by the gyroscopic effect.

The rotor of the electric motor (rotating motor) shares a horizontally supported shaft (torque arm) with a rotor disc about its own axis. The rotor disc is mounted together with its motor as a yoke and forms the gyroscope. A second electrical motor (precession motor) turns a turntable under the gyroscope, causing precession about a vertical axis. The speed of both motors are electronically regulated and independently controlled. The rotational velocity of the rotating motor and the precession motor can be visualized in digital displays (in the electronic console).

The gyroscopic moment can be preselected by positioning a counterweight with retaining screws at different radii.

Additional weights can be attached to the end of the torque arm to balance the gyroscopic couple produced when the rotor disc is spinning and the gyroscope is being rotated (precessed) about the vertical axis. 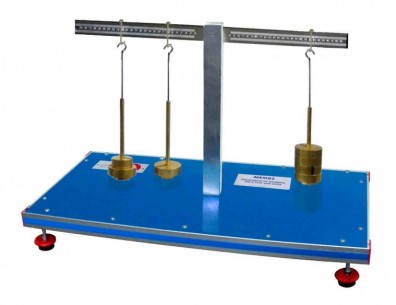 The Unit for studying Equilibrium of Moments on a Two Arm Lever,"MEMB2", allows to study the fundamentals of the equilibrium of moments and the application of the law of levers on a two-arm lever.A pivoted beam in the extreme of a vertical support... 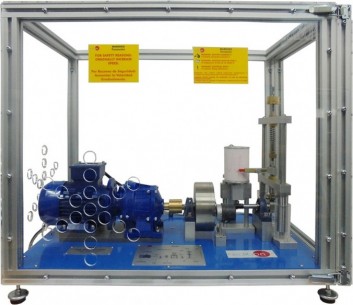 The Cam Analysis Unit "MEAL" allows to observe the effect of the profile of a cam, the study of the displacement, velocity and acceleration profiles of the cam and the identification of the factors that can modify the dynamics of the cam. This... The Coriolis Force Demonstration Unit, "MDFC", is used to observe the deflection of a jet of water generated by a pump attached to a rotating arm that rotates to different speeds in a horizontal plane. An electronically controlled motor rotates... 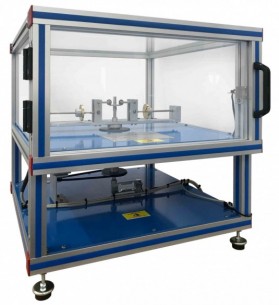 The Centrifugal Force Unit, "MFCE", is used to demonstrate the relationship between centrifugal force, rotational speed, mass of a rotating body and distance from the axis. The unit consists of a vertical axis of rotation and a rotating arm.... 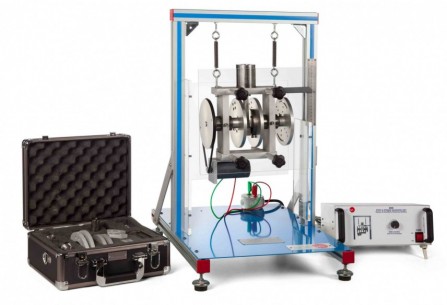 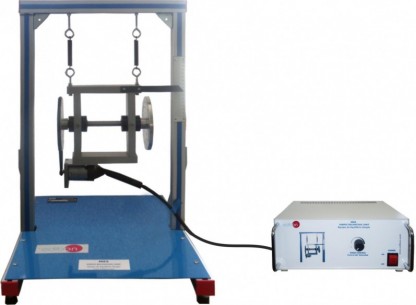 The Simple Balancing Unit, "MES", developed by EDIBON is a unit to study and analyze the oscillations and vibrations and how to eliminate or diminish them.Basically, the unit is formed by a shaft mounted on bearings. The shaft is coupled by pulley... The Inertia Flywheel Unit, "MIF", consists of an inertia disc with a rotation shaft at the center of the disc.The shaft is supported at two points by bearings.A cord is attached by one of the ends to the shaft and wound around it. At the other end... 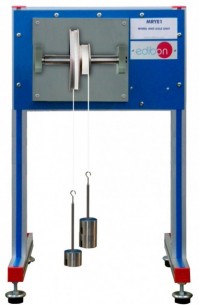 The Wheel and Axle Unit, "MRYE1", is a unit which allows to investigate the mechanics of a simple wheel and axle machine and to demonstrate the laws of the formation of equilibrium of moments in static systems.Two pulleys with different diameter... 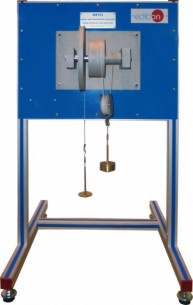 The Wheel and Differential Axle Unit, "MRYE2", is a unit that allows for investigating the mechanics of a wheel and differential axle mechanism and demonstrating the force reduction on a differential pulley block.A wheel, consisting of a pulley...

The Unit for studying Hooke's Law, "MELH", demonstrates the application of Hooke's Law and allows the visualization of the deformation of tension springs under load and the performance of oscillation experiments on a spring – mass system.The...