The Rainfall Simulator for Soil Erosion Studies, "RSES", designed by EDIBON, allows to investigate and study the relationship between rainfall and erosion in different types of soils, to estimate soil loss and infiltration in storms of different intensities and to identify methods by which erosion can be prevented. 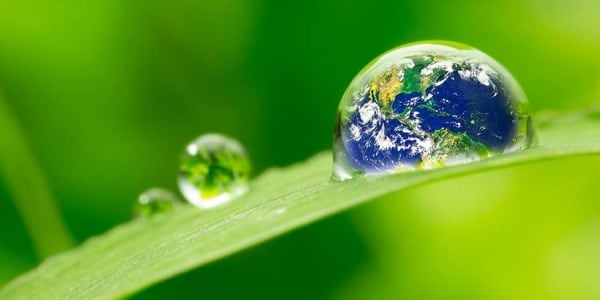 NEW Environmental leaflets
Due to the growing awareness of environmental problems, not only individuals but also governments and companies have started to develop activities that tend to preserve or limit the damage to the environment. Thus, some disciplines of the environmental science, such as hydrology, hydrogeology,...
29 May 2018, 12:13 Read more

The Rainfall Simulator for Soil Erosion Studies, "RSES", consists of a metal frame that can be placed directly on the ground for direct field studies or used with its various accessories for laboratory tests. The whole structure is covered with a transparent curtain to avoid splashing.

At the top is supported the rain spray device consisting of a spray nozzle and a horizontal rotating disk controlled by a variable speed motor allowing to obtain variations in the intensities of the induced precipitation. The water coming out of the nozzle hits the rotating disc, which is formed by two circular plates, with segmented openings allowing the adjustment of the opening for the water fall.

A water storage tank with level switch is included, from which water is pumped to the rain sprinkler by means of a pump and a regulating valve. The water is metered by means of a flow meter.

Depending on the opening of the rotating disc, a certain amount of incoming water is sprayed and the rest is recirculated back to the tank. The Computer Controlled Rainfall Simulator for Soil Erosion Studies, "RSESC", consists of a metal frame that can be placed directly on the ground for direct studies or used with its different accessories for laboratory tests.The entire frame is...

The main element of the unit is a test tank, which can be filled with sand. Water is supplied to the test tank through different systems: from two flexible separate hoses (simulating water inlets), from an inlet tank (simulating a river), from... 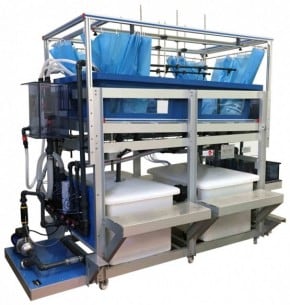 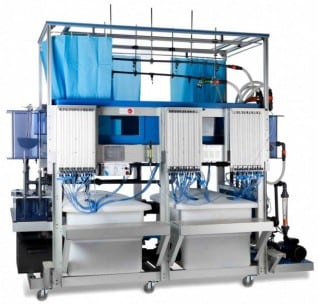 The Hydrologic Systems, Rain Simulator and Irrigation Systems Unit (2x1 m), "ESH(2x1m)", is a self-contained unit designed to demonstrate some physical processes found in hydrology and fluvial geomorphology, including: rainfall hydrographs for... 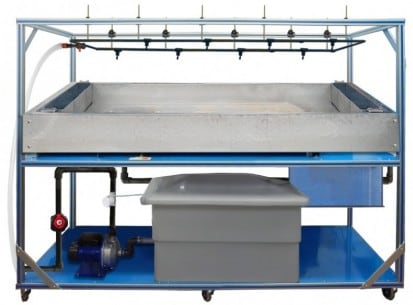 The Computer Controlled Hydrologic Studies Unit, "ESHC(2x1m)/S", allows the work in an autonomous way for the study of the behaviorof the water inside the soil being able to carry out a wide variety of experiments thanks to the specifications of... 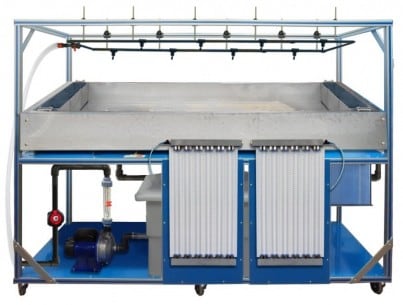 The Hydrologic Studies Unit, "ESH(2x1m)/S", is an equipment that allows the work in an autonomous way for the study of the behavior of the water inside the soil being able to carry out a wide variety of experiments thanks to the specifications of...

The main element of the Rainfall Hydrographs Unit,"RHU", is a tank mounted on a frame. The tank can be filled with sand. There are removable curtains to prevent splashing.There are two square pattern spray nozzles at the top that supply water to...

The Computer Controlled Rainfall Simulator for Soil Erosion Studies, "RSESC", consists of a metal frame that can be placed directly on the ground for direct studies or used with its different accessories for laboratory tests.The entire frame is... 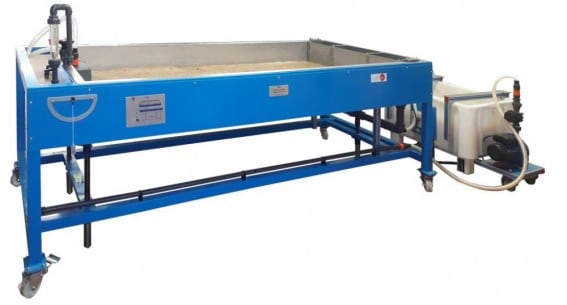 The River Flow Simulator, "RFS", designed by EDIBON, allows the simulation and study of the river features, included the flow and solid bed load motion.The main element is a rectangular tank made of stainless steel supported on a metal beam frame,... The Mobile Bed and Flow Visualization Unit (working section: 2000x610 mm), "HVFLM-2", may be used mainly in two study fields. The first one is the investigation of mobile beds, which are related to water courses and civil engineering structures.... The Mobile Bed and Flow Visualization Unit (HVFLM-4) is a particularly useful unit to demonstrate the fluidization phenomenon in engineering. It makes it possible to study different situations of flow and mobile bed visualization related to civil... The EDIBON Sediment Transport Demonstration Channel "CAS" allows demonstration of the full range of bedforms that arise in a mobile bed as the slope and / or flow are increased.This unit can play a useful role in any course concerting the... This unit has been designed for the practical demonstration, visualization and experimental study of the flow through permeable media and flows in subsoil.The unit basically consist of a tank (soils container) to contain the sand, lower water...