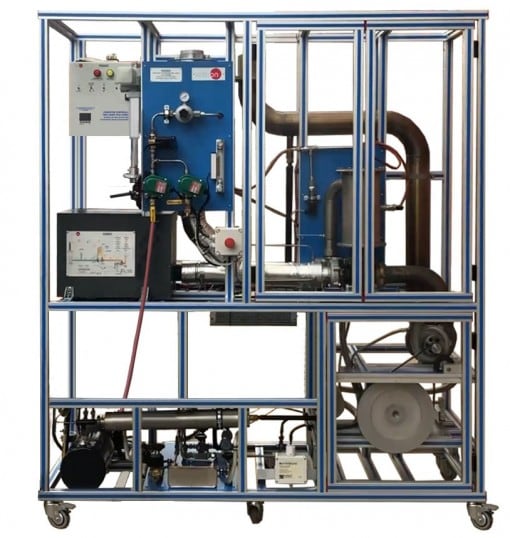 The Computer Controlled Two-Shaft Gas Turbine/Jet Engine, "TGDEPC", developed by EDIBON, is a teaching unit for the operation demonstration of a Double Shaft Gas Turbine for electric generation and for other uses too.

The main element of the Computer Controlled Two-Shaft Gas Turbine/ Jet Engine, "TGDEPC", is the High Pressure Turbine, which is also called Gas Generative Turbine. It consists of: